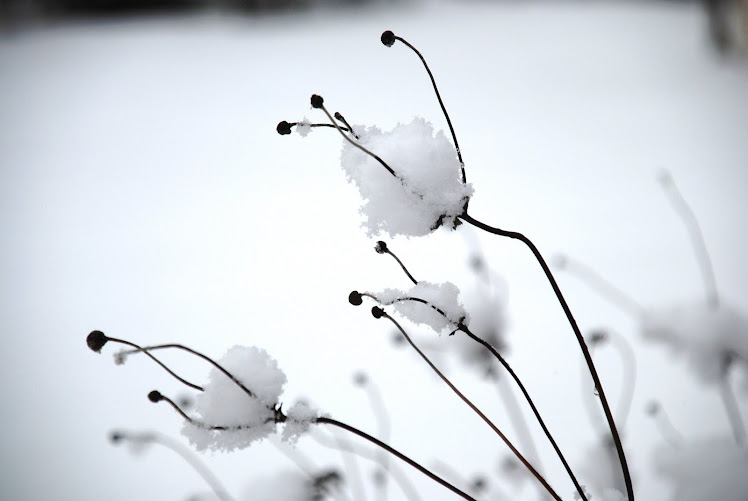 The World Turns To Ice 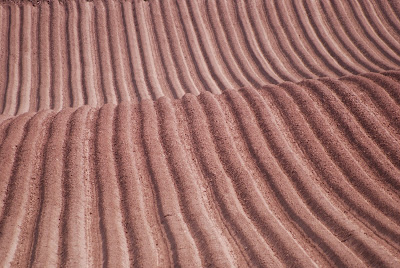 March is here, the field's rich soil has been ploughed and rested for

the long Winter months. The sun's warmth is returning and it is

time to set the seed. May it be a wonderfully abundant season, a

'sloven's year', where Nature will be beneficent with her bounty

even for the most unskilled farmer. May my own small plot be

blessed with plentiful crops to fill the store cupboard at Summer's

Posted by Lady of the Greenwood at 08:00 No comments: 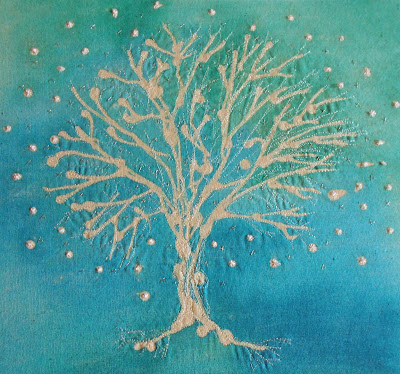 I saw today my first flurry of snow. It was preceded by hail, then the sky darkened and the wind whipped the fragile blossom on the plum trees and down the soft flakes flew. A brief vision of Winter appearing in Spring, a Blackthorn Winter, arriving with the bluebells which are just beginning to lift their dusty heads on the forest floor. I have missed the snow, even this brief small glimpse made my heart quicken with the enchantment of it.

Posted by Lady of the Greenwood at 05:38 No comments:

A straw man called 'The Great Mondard' is carried in or near the village of Orleans in solemn procession up and down the village on the 24th to 25th of April. It is, at last, placed upon the oldest apple tree.  There he remains until the apples are gathered. He is then taken down and thrown into water or burned, his ashes being scattered over the orchard.  He represents the tree spirit dying and reviving in Spring.

From Eleanor Hull's 'Folklore of The British Isles', 1928 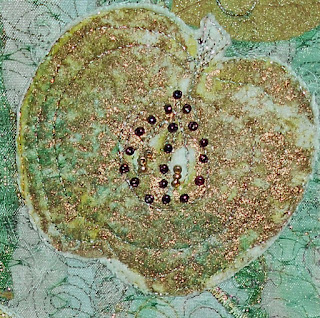 Posted by Lady of the Greenwood at 12:53 No comments:


Posted by Lady of the Greenwood at 09:05 No comments:

Fret not if you are late to bed tonight as traditon dictates that we need our sleep before the harvest's end:

Sleep well tonight and sweet dreams be yours, 'til morning light.
Posted by Lady of the Greenwood at 06:20 1 comment:

How many times as a child did I walk from the house of one Grandmother to that of the other and back again, always up and down St Agatha's Road -or 'Snta GATHas' as we children used to pronounce it.  Despite my Catholic upbringing rich with the lives of saints, bells and incense I never wondered who she might have been or how she might have achieved sainthood.  It was just the name of the road, the impatient road that had to be endured in order to reach the comfort of the women, those family women with open arms and warm kisses.  If we were good there would be pocket money given for a trip to the sweet shop, love hearts and spangles and red liquorice comfits that when licked could be painted on like lipstick. No, Agatha was never thought of as a person, just a length of tarmac which ran passed the red brick buildings where my parents went to school.  They spoke of school days long past when there were bombs, sirens and bodies being brought out of the chip shop after a raid.  It was merely the name of a road.

I was reminded that St Agatha may have once walked upon the earth when looking earlier to see if there were any interesting folk customs which are traditionally enacted on the 22nd of August. Until recent years a curious custom took place at Biddenham in Bedfordshire and St Agatha's name arose again but still shed no more light upon who she was.  In that village, shortly before midday, a small procession of villagers gathered together and they carried a white rabbit decorated with scarlet ribbons.  They promenaded through the village singing a hymn in honour of St. Agatha.  All the young unmarried women who met this group extended the first two fingers of the left hand and pointed at the rabbit.  They would then say, 'Gustin, Gustin, lacks a bier!  Maidens, maidens, bury him here'.  This custom is believed to date from the time of the first Crusade.  The questions relating to why they did this or what  became of the poor rabbit remain unanswered.  I was curious to know how this was connected to the life of St. Agatha.

It was time to find out who she was and it really is a gruesome tale. I don't like gruesome tales and find myself unable to relate the way in which she was martyred on an uncertain date in pre-7th Century Sicily.  It really isn't a nice story. I'm glad that I had no inkling of her sad tale when I wondered up and down Snta GATHas absorbed in my sherbert dibdab and the latest copy of The Beano comic.  Some things are best excluded from innocent minds like mutilated saints, raining bombs and bodies in chip shops.
Posted by Lady of the Greenwood at 16:10 1 comment:

It has been said in many parts of the British Isles that, since ancient times, trees would bleed when struck by an axe. John Capgrave (21 April 1393 – 12 August 1464) relates that in the year 1384 on the 20th day of August, the feast of St Oswin, the king being at Newcastle-upon-Tyne, a wright hewed a tree...but at every stroke it poured out blood 'as if it had been a beast'.  He was so terrified that he left his work. The same thing happened ( according to Holinshed's 'Chronicles of England') when this fellow, 'having no rever[ence] to this myracle, took the axe and smet', and again the blood ran out.
Taken from Eleanor Hull's 'Folklore of the British Isles', 1928 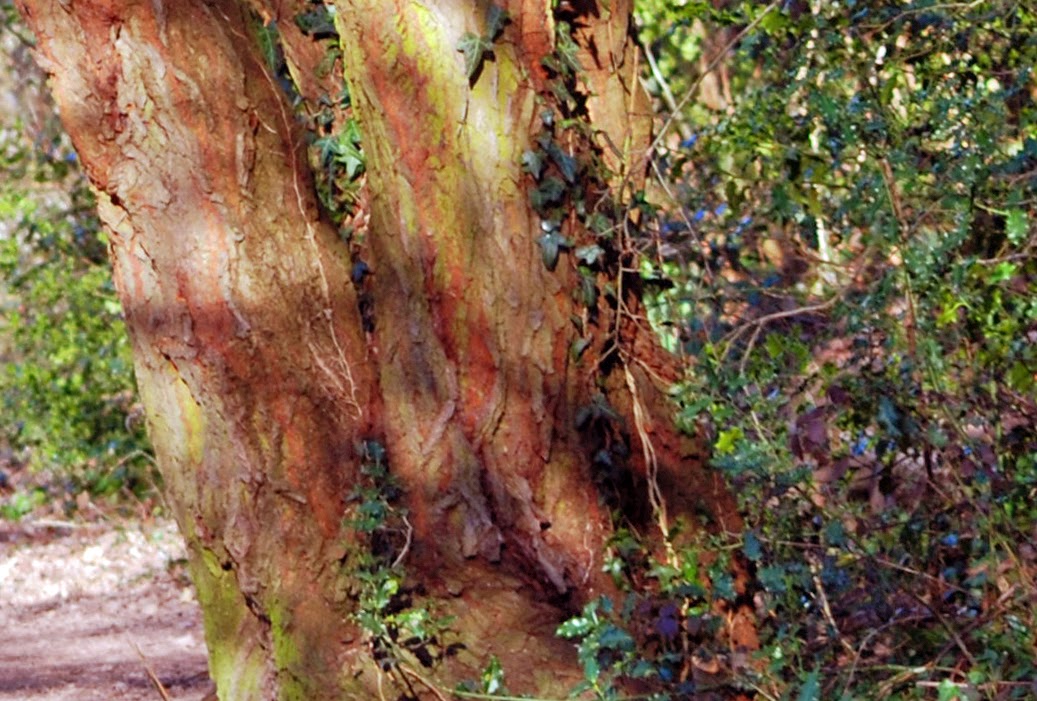 St Oswin was King of Deira in Northumbria 644-51 and venerated as a martyr.  His short reign and premature death were due to treachery and dynastic struggles.  According to Bede Oswiu wished to regain the land and power and quarrelled with Oswin which resulted in them raising armies against each other.  However, instead of adding one more battle to the long tale of violence in 7th Century Northumbria, Oswin, realizing that he was outnumbered, disbanded his army to avoid bloodshed, hoping to make good his claim at a future date.

Accompanied by a single trusted soldier, he hid in the house of his best friend Hunwald.  This Earl, however, treacherously betrayed him to Oswiu, who ordered Oswin and his soldier to be put to death.  This was on 20 August 651, preceeding the death of his friend Aidan, apostle of Northumbria to whom he was devoted, by just 12 days.

Bede described Oswin as 'a man of handsome appearance and great stature, pleasant in speech and courteous in manner.  He was generous to high and low alike and soon won the affection of all by his kingly qualities of mind and body so that even men of very high birth came from nearly every province to his service'.  In expiation of his crime, Oswiu built a monastery at Gilling, where Oswin was killed.

Oswin was culted as a martyr because he died, 'if not for the faith of Christ', at least for the justice of Christ', as a 12th century homilist explained.
Taken from 'The Oxford Dictionary of Saints', 2004 ed
Posted by Lady of the Greenwood at 07:44 No comments:

The gate to the Nature Reserve

Hare in the landscape

Welcome to The Greenwood

Here you will find Angela Boyden's art work, embroidery, photography, poetry and prose together with snippets of folklore and interesting historical trivia. I would love you to leave your comments and you are welcome to follow my blog. Please become a friend of the Greenwood.

Lady of the Doves

Cards for sale at galleries 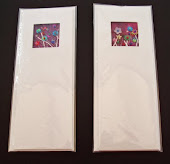 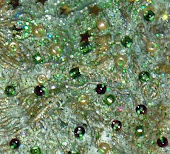 Out walking in the forest

Lady of the Greenwood Studio

Phases of the Moon

ns-serif
CURRENT MOON
about the moon

The mysterious beauty of the night sky 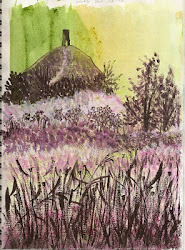 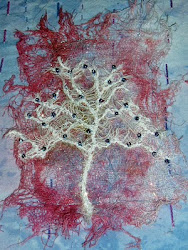 'Is this the way to Narnia?' 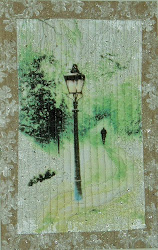 A Summer's Day at Fawley Court 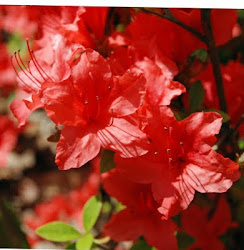 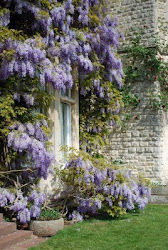 The forest in Spring 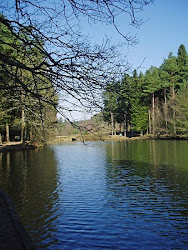 Our forests are worth fighting for 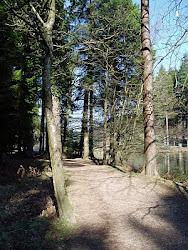 A Walk at Mallards Pike

Sunset from May Hill

The old turnpike road through the wood 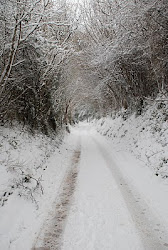 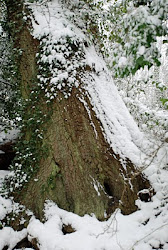 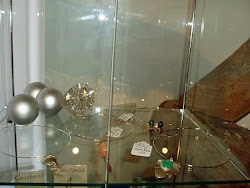 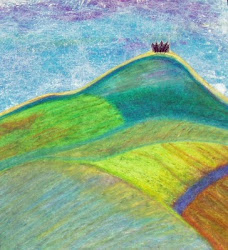 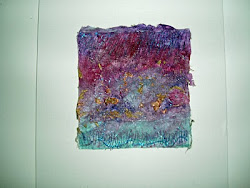 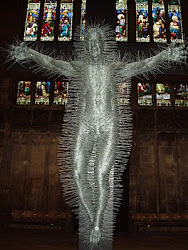 More to come on this wonderful event at Gloucester Cathedral

Watching the sun go down on May Hill 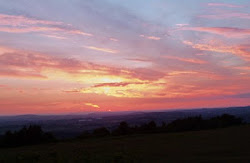 Sharing the sunset with friends. Its good to remember Midsummer when the skies are grey and the rain comes down 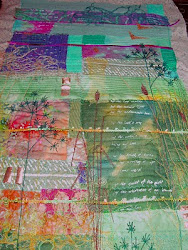 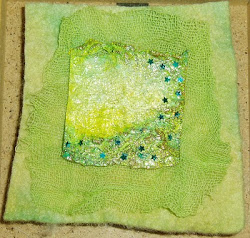 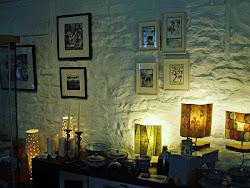 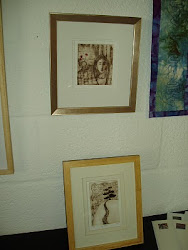 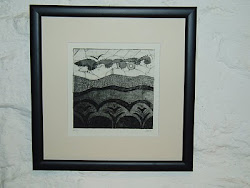